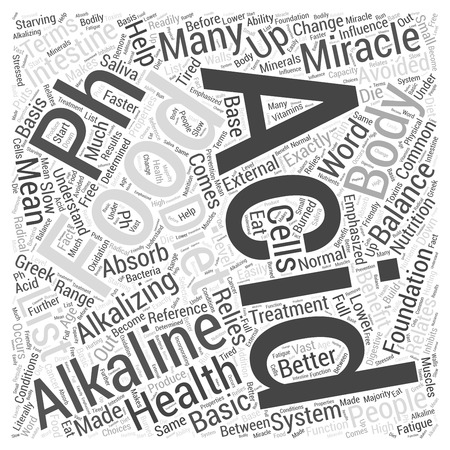 Some doctors think a raw food diet cannot change your internal pH.
Here’s the Raw Truth even they don’t know!

Some health professionals trained in standard allopathic medicine will tell you (because it’s what they were taught) that the pH of what you eat doesn’t change your internal acid/alkaline balance. That is based on a simplistic and incomplete understanding of how digestion works and the effect of acid toxins on the body buffering system at the cellular level. Here’s the truth about Raw Food and pH!

Research clearly shows that the medical establishment is

The principle mechanism of action that causes the body’s internal acid/alkaline balance to get out of kilter is also quite well known. You see, your blood chemistry must remain at a consistent pH within the narrow range of 7.35 to 7.45, making it slightly alkaline. Your body will do anything to maintain this balance, or homeostasis, since otherwise you will die. In fact, this is so important to your survival that the body will steal alkaline pH buffers from other organs to keep the bloods pH balanced. for other organs this isn’t as critical to your life or death in the short run. You can survive, for example, if the body borrows calcium from your bones to neutralize the acid toxins caused by eating too much protein! Of course, you end up with osteoporosis after a lifetime of this – but it is small sacrifice when the alternative is a quick death!

What most doctors don’t realize is that this process, this sacrifice, goes much deeper than your bones – every cell in your body may be called upon to make a similar sacrifice when your lifestyle, diet and environment are so acid-forming (meaning thing you eat, drink and are exposed to that result in the creation of acidic toxins in your body)! When that happens the chemical buffers that maintain a correct acid-alkaline balance throughout all your body’s mechanisms can be compromised because your body is constantly creating chemical reactions that produce acid toxins. This is actually normal so you have mechanisms to neutralize those toxins, called buffers. But it isn’t normal for you to have a shortage of the buffers needed to neutralize all these acids. If you cannot excrete them fast enough then they back up throughout the body – “acidifying” the body. This isn’t enough acidification to be labeled a diagnosable disease called acidosis, but it is just enough to change the subtle chemistry of cellular respiration, and that can change the chemistry of your entire body. 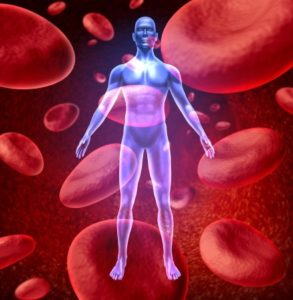 Of course, your body is designed to survive even under the most dire circumstance, though perhaps not with the level of health and wellness you might like! Every metabolic process in the body has a backup mechanism for when the main biochemistry isn’t working. So healthy alkaline-based chemical reactions are in fact entirely different from those that take place in an unhealthy system altered by acidic toxins. For example, if the pH of your blood falls to the low end of its normal range (~7.35-7.45) by a mere .10 difference it could reduce the oxygen levels in your blood by as much as 300%. Oxygen is of course the key to all of life – and essential to many biochemical processes. And that’s in the blood, where pH homeostasis and oxygen levels are more critical than anywhere else.

Imagine what happens in other organs when they get too acidic…and normal chemical reactions involving oxygen become almost impossible! Chemical reactions that take place in an oxygen-rich environment are called aerobic. When aerobic processes are not possible your body has backup mechanisms, called anaerobic – without air or oxygen. These anaerobic back-up systems can keep you alive, often for decades – but alive isn’t the same thing as healthy! The best example of something that goes horribly wrong at the cellular level when you body is forced into an anaerobic, survival mode is how it make, stores and produces energy with a substance called ATP.

A critically important molecule, second only to DNA in importance, ATP (adenosine triphosphate) is the main energy “currency” of all living cells, and so is the most widely distributed high-energy compound within the human body! This tiny molecule is used by every cell to build complex molecules, move muscles, generate nerve impulses and power virtually all of life.

All organisms from the simplest bacteria to humans, use ATP as their primary source of energy. You see, the nutrients we eat in our foods don’t have enough energy for cells to use directly. The energy in nutrients is trapped in low-energy covalent bonds which must be transformed into high-energy bonds – which is what ATP does. This process is called Cell Respiration — the controlled release of energy in the form of ATP from organic compounds in cells. There are two kinds of cell respiration, aerobic (with oxygen) and anaerobic (without oxygen). Not coincidentally, there are also two types of chemical reactions, oxidation and reduction, which can also be called alkaline and acidic — see the connection!

Alkaline and acidic, oxidation and reduction — these chemical reactions are at the heart of cell respiration. They always occur together — one substance is oxidized as another is reduced. One substance gives up its electrons/energy (alkaline), the other robs electrons/energy (acid). Healthy aerobic cell respiration uses oxidation. The back-up system, when your cells don’t have enough oxygen due to an acidic ecology without adequate oxygen, uses reduction. In healthy cells, energy is released from glucose (a form of sugar) using oxidation,which slowly produces a large yield of ATP. In the back-up process, which is part of our body’s survival mechanism, energy is released less efficiently but instantaneously, through an acidic-type reduction reaction called hydrolysis. Hydrolysis is far less efficient, releasing only small amounts of energy quickly, as it is designed for emergency situations, like when you suddenly run into a bear in the woods and you body rushes an emergency burst of energy to your feet! However, this only produces about 10% of the energy compared to the normal oxidation of glucose. The healthy oxidation of glucose to make ATP is actually about 16 times more efficient but requires oxygen, among other things, and much more time.

When no oxygen is available, a chemical process involved in ATP production called the Krebs cycle stops cold. The Krebs cycle is critical to the healthy, efficient production of ATP. When the Krebs cycle stop it means your cells cannot transport electrons or energy in the normal way. Instead, your oxygen-starved cells resort to the backup system, hydrolysis, which is not only inefficient but creates side products like ethanol alcohol and carbon dioxide — which are of course toxic! This is also how an single-celled organisms like unhealthy anaerobic bacteria thrive in environments that would kill other organisms and overcome oxygen deficiency. What works for a disease-causing anaerobic bacteria, however, is just the opposite of what works well for a healthy body!

Unfortunately for most of us, our bodies have become acclimated to using the quick, inefficient emergency form of ATP production virtually all the time because most of us have been eating nothing but acid-forming cooked, processed and fast foods our entire lives! We are now addicted to what is supposed to be a short-term survival mechanism that can never create enough energy. So we are always fatigued, always hungry, always struggling with a weakened immune system and always subconsciously coming from a survival consciousness. Your brain is constantly telling your body that it is in survival mode – which needless to say doesn’t lead to a sense of health, well-being, compassion and happiness!

So we are all addicted now to quick energy, wherever we can get it. That means sugar (i.e, glucose) — and lots of it…in everything from soft drinks to coffee. And speaking of coffee, with all the sugar we get in all processed foods, these system are so inefficient that you still can’t get enough energy — so we need to add  caffeine to everything we can just to keep us going . We never do get enough glucose and energy in this acidic-based, anaerobic, oxygen-poor, energy-killing, survival-based lifestyle. Which means we get sick earlier, age faster and die sooner that we otherwise might (artificial life-saving processes aside).

And it is not just what you eat – the air you breath, the water you drink, the electromagnetic energy all around you, the ionizing radiation we are all exposed is all acid-forming! We cannot control most of that – but you can control what you put in your mouth. In fact, the one and only thing you can do about the impact of our toxic, acid-forming environment on our lives is to consume the most alkaline-forming, oxygen rich foods and drinks you can find. In fact, it may be the only thing you can do that will have a dramatic impact on the quality of your life and your health is to remember the relationship between raw food and pH!

Raw Food, Your Enzymes & Your Weight