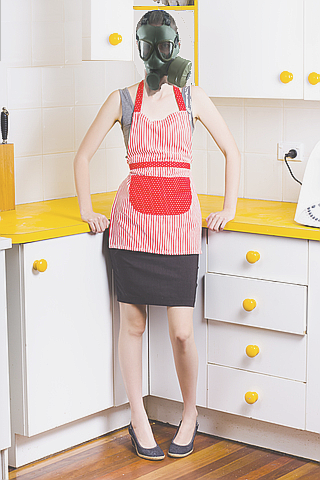 Cooking creates toxins in your food. Heat not only kills essential enzymes, it chemically changes healthy food into poisons that cause disease.

This is one of the most important topics for raw foodists and other vegans! Of course, everybody is well aware of the benefits of fresh fruits and vegetables. We also know that destroys much of the nutritional value of fresh food — turning it into a toxic soup!

What many, if not most, of you are probably not be aware of is that when you cook food you are actually making a toxic soup! Numerous toxins and carcinogens are generated when food is heated past a certain temperature or for a period of time. This brief overview familiarizes the reader with some of these hazardous substances along with precautions that can be taken to help prevent diet‐related disease. And these are just a few of the nasties in the toxic soup that you never heard of before!

Nitrates, Nitrites, HCAs and PAHs1,2,3,4,5,14: Cooked meat and fish contain heterocyclic amines (HCAs) and polycyclic aromatic hydrocarbons (PAHs), both of which have been shown to be mutagenic and carcinogenic. One HCA in particular, 2‐amino‐3,8‐dimethylimidazo[4,5‐f]quinoxaline (MeIQx) has been linked to an elevated risk of invasive breast cancer in humans. Processed meat also has nitrates and nitrites, precursors of N‐nitroso compounds that have been linked to pancreatic cancer and liver DNA damage.

Acrylamide6,7,8 Acrylamide is a carcinogen that is found in cigarettes, coffee, and many baked or fried foods, particularly breads, potato and corn products. Formed from asparagine and glucose (or fructose) during the Maillard reaction, acrylamide was discovered by Swiss scientists in 2002 who found that fried and baked foods contained it, while foods that had been boiled or unheated did not. This discovery caused enough concern that it led to the eventual formation of the Heat‐generated Food Toxicants (HEATOX) Project. This “multidisciplinary research project involving 24 partners in 14 countries” was sponsored by Lund University in Sweden and lasted 40 months. The study found that hemoglobin adducts increased linearly with acylamide intake within humans. Other studies have linked acrylamide with cancer in rodents. The FDA, the World Health Organization and several countries have posted information on websites regarding safer cooking practices and the acrylamide content in food. In August 2009, the FDA released “Acrylamide in Food; Request for Comments and for Scientific Data and Information”. According to the document, the “FDA is considering issuing guidance for industry on reduction of acrylamide levels in food products” due to the fact that “it is anticipated that new information will soon be available about the toxicology of acrylamide”. In that same month, Health Canada added acrylamide to its list of toxic substances and has begun a program of monitoring acrylamide content in foods.

HMF8: During the course of the HEATOX study, other compounds that form when carbohydrates are heated were investigated as well. One of these was 5‐hydroxymethylfurfural (HMF). The scientists found that a human sulfotranferase (SULT) can convert HMF into 5‐sulphooxymethylfurfural (SMF), a mutagenic compound that forms DNA adducts and has been found to be strongly nephrotoxic in mice.

AGEs9,10: Advanced Glycation End products can be formed endogenously or absorbed from food. These compounds, which are glycosylated proteins, are formed in the process of heating and cooking. The mechanism by which AGEs induce damage is through a process called cross‐linking that causes intracellular damage and apoptosis. AGEs have been found to be associated with a series of diseases from allergy and Alzheimer’s to rheumatoid arthritis and urogenital disorders. Diabetics, in particular, are
known to have high amounts of AGEs in the blood serum due to their hyperglycemia.

Oxidized Unsaturated Oils11,12,13,14,15: For years the popular belief has been that it is healthier to cook with unsaturated oils. More recent evidence, however, indicates that these fragile oils not only oxidize readily but also promote the damaging effects of substances such as HCAs. Both omega‐3 and omega‐6 fatty acids oxidize with heat and/or light. The reason is that the location of the pairs of double bonds (in relation to each other) provides an attractive target for an attack by a free radical. Omega‐3 fatty acids
are the most susceptible, since they have the highest number of multiple double bonds. Ironically, many manufacturers are now adding flax seed to their cereals and breads as a “health benefit” and may actually be causing more harm than health. Olive oil, a monounsaturated oil, is more stable, but one study found that the oxidized content of olive oil more than doubled when tested past the expiration date. 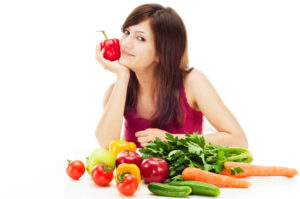 of many of this toxic soup can be mitigated through the consumption of fresh fruits and vegetables. Foods high in antioxidants like garlic, green tea, berries, and cruciferous vegetables should be eaten daily. A large percentage of the diet should be fresh fruits, vegetables, and boiled or steamed grains like brown rice, quinoa or amaranth. Whole foods and whole food supplements are more effective than isolated extracts. For example, it was found that fresh apple, grape and orange juices were effective at reducing the hepatic genotoxicity of N‐nitrosomorpholine but that ascorbic acid actually promoted stomach DNA damage in the presence of nitrates. Fried and baked foods should be avoided or minimized. Since dry cereal can have a high acrylamide content, oatmeal or other boiled hot cereal is a healthier substitute. Steaming foods is preferable to baking, frying or broiling. When eating baked breads, removing the crusts will minimize the acrylamide content. Avoidance of heated or cooked nuts, seeds and unsaturated oils (especially those high in omega‐3 like flax and walnuts) is highly recommended. If oil is necessary when cooking, coconut oil, a stable, saturated oil with added health benefits, is a better choice. Oils should be packaged in dark glass and be within their expiration date. In addition, olive oils that list a high phenolic content can help prevent LDL oxidation.

Conclusion: Listed here are just some of the harmful substances in cooked foods. In the summary of the HEATOX project, the final report stated,

“Lastly, as it is known that a great number of proven or suspected carcinogens, e.g. other
Maillard reaction products, such as heterocyclic amines, furfural and furan derivatives
together with lipid peroxidation products can be formed during heat treatment of food,
it is important to further study the health risk associated with heat‐generated food toxicants.”

The ones that we have identified are only the tip of the iceberg. Further, we have not even begun to realize the extent that these compounds interact with other factors such as BPA, pesticides or environmental toxins. The best that we can do for our clients is to continue to educate them and ourselves on protective diet and lifestyle choices. 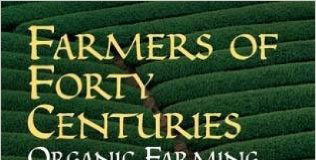 Robert Ross - December 1, 2018
0
We currently live in an environment that's never existed in nature before. Today's environment is loaded with electrical pollution, or electromagnetic fields (EMF) from...

Robert Ross - September 2, 2017
0
Athletes often like to experiment with vitamins, protein powders and pills, forgetting a simple yet vital performance factor — their diet. While genetic, physical,...