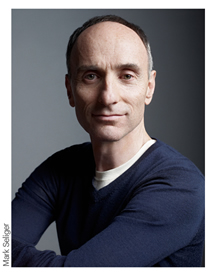 As a raw foodist, you should be more concerned about how to avoid GMO foods (Genetically Modified Organisms) than anyone else. Being a raw foodist requires that you maximize the purity, bio-availability and nutrient density of absolutely everything you consume, both foods and drinks. Anything less and it just won’t work – you’ll get hungry, cravings, and go on junk food binges … eventually building up a resentment for raw food and just giving up. I’ve not only seen it happen, it has happened to me. I just pick myself up and start again, like any other diet program.

However, when you eat nutritionally dense raw foods that don’t overload your immune system with toxic chemicals and foreign DNA it can’t digest, the opposite happens — you feel completely satisfied with simple, delicious, nutrient-dense meals, overcome your old food addictions, feel more energy and enjoy what you actual do choose to eat more than ever!

To avoid GMO foods is more important than ever. GMO’s are such a significant health threat these days that I’ve arranged to include a regular column on this website by my dear friend Jeffrey Smith, the world’s foremost anti-GMO advocate and founder of the Institute for Responsible Technology.

A GMO (genetically modified organism) is the result of a laboratory process where genes from the DNA of one species are extracted and artificially forced into the genes of an unrelated plant or animal. The foreign genes may come from bacteria, viruses, insects, animals or even humans. Because this involves the transfer of genes, GMO’s are also known as “transgenic” organisms.

Today, its can be hard to avoid GMO foods. GMO’s can be found In most of the food you see at the supermarket, except for items actually labeled non-GMO or organic.  First introduced into the food supply in the mid-1990s, GMO’s are now present in the majority of processed foods in the U.S. While they are banned in much of Europe and elsewhere, in America the FDA doesn’t even require the listing of GMO’s on labels.

The main traits that have been added to food with genetic modification are herbicide tolerance, the ability for plants produce their own pesticides and improved productivity. These new traits have no health benefits at all — only an economic benefit. In fact, the nutritional content of the GMO foods is hardly a concern at all. 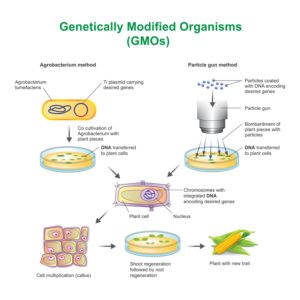 Just try to avoid GMO foods with virtually all the commercialized GMO’s now in the U.S. — including most soy (93%), cotton (93%), canola (90%), corn (87%), sugar beets (95%), Hawaiian papaya (more than 50%), zucchini and yellow squash (small amount), and even tobacco (Quest brand). Products derived from the above crops include oils from all four, soy protein, soy lecithin, cornstarch, corn syrup and high fructose corn syrup among others. There are also many “invisible ingredients,” derived from GMO crops that are not obviously from corn or soy.

Genetically modified foods have been linked to toxic and allergic reactions, sick, sterile, and dead livestock, and damage to virtually every organ studied in lab animals. The effects on humans of consuming these new combinations of proteins produced in GMO’s are unknown and have not been studied.

Crops such as Bt cotton produce pesticides inside the plant. This kills or deters insects…. The plants themselves are toxic, and not just to insects. Farmers in India, who let their sheep graze on Bt cotton after the harvest saw thousands of sheep die! Comparative studies on the toxic residues in foods from such crops have not yet been done. Pollen from GM crops can contaminate nearby crops of the same type…. In fact, virtually all heritage varieties of corn in Mexico… have been found to have some contamination. The long-term effects on the environment could be disastrous.

The Campaign for Healthier Eating in America is designed to achieve a tipping point against GMO’s in the US. The number of non-GMO shoppers needed is probably just 5% of the population. The key is to educate consumers about the documented health dangers and provide a Non-GMO Shopping Guide to make avoiding GMO’s much easier. Please choose healthier non-GMO brands, tell others about GMO’s so they can do the same, and join the Non-GMO Tipping Point Netwooundup. Together we can quickly reclaim a healthier non-GMO food supply. 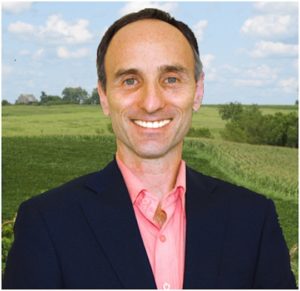 The world’s leading consumer advocate for non-GMO choices, Jeffrey M. Smith, is the creator of the world’s best selling books and videos on the dangers of genetically modified organisms (GMO’s). Jeffrey exposes how biotech companies mislead consumers, legislators and safety officials to put everyone’s health in peril. Jeffrey founded the Institute for Responsible Technology in 2003.

Robert Ross - October 9, 2016
0
We live in one of the most educated and knowledgeable societies in history, yet most of us can't even begin to understand the actual...

A Raw Food Chef Shows How to Make a Decadent Raw...

Robert Ross - August 26, 2017
0
Interview with Robert Ross of RawFoodLife.com Some like it hot. Not raw foodists. Raw food diet proponents believe food is best eaten as nature made...

How to Buy an Alkaline Mineral Water Ionizer

Robert Ross - June 12, 2016
0
Here are some of the more important specifications to consider when deciding which Life water ionizer is best for you: The number of plates...