RawFoodLife, LLC
Home Food Where do you get your Protein? The Sad Truth about Soy Products 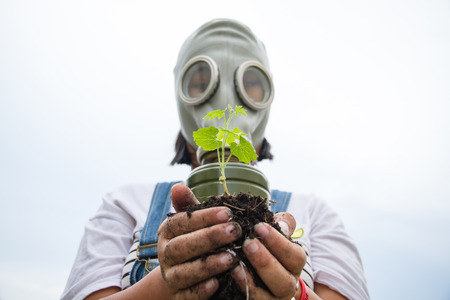 The Sad Truth about Soy in America. 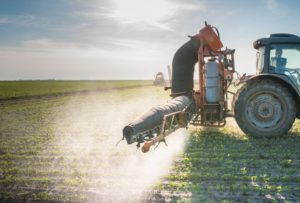 Many people have a false idea of the importance of protein in their diets even after becoming vegan. Many health professionals that promote veganism still rely on out-dated data for the protein that vegans need. That doesn’t even consider the truth about soy in American — that it’s almost all genetically modified (GMO), then heavily sprayed with chemicals and pesticides and just not fit for human consumption!

You see, too much animal protein in your diet actually speeds up the aging process! The latest research shows that reducing a protein found in fish and meat actually slows the aging process and increases life expectancy. A healthy vegan diet without soy actually has all the protein you really need in a much more absorbable form. Animal products have a lot of protein but when you cook them the protein quality degrades and it becomes much harder to absorb — with many more cancer-causing byproducts. You have to eat many time the protein you need from animal products since most of it can’t be absorbed, and the by-products are full of potential carcinogens.

Ultimately, it isn’t the quantity of protein that is important at all … it is the quality! Soy beans, of course, have lots of protein but it is so hard to digest that you actually get little benefit from it. I tmay in fact do more harm than good due to the anti-nutrients, false estrogens and phyto-endocrine disrupters in soy beans can cause serious health issues.

On a raw food diet, raw, fresh and organic leafy greens and sprouts are best sources of protein to get all that your body really needs. These are just two of the many raw, vegan foods with high amounts of protein. Incorporating them into your daily meals will help you achieve optimum protein intake on a raw food diet.

Snacking on healthy, raw nuts is also a great source of protein, but remember these are also sources of a lot of fat. I also recommend, for serious raw foodists, to soak your nuts overnight to remove a lot of the fat and help start the nut’s break-down process (preparing to grow) on the complex proteins, making them more assimilable.

Too many vegans believe the industry hype about protein, relying on soy beans for protein — the worst possible source. Soy bean protein is extremely hard for the human body to digest and utilize, creating more health problems than solutions. Even worse, most modern soy beans in America are 99% GMO (genetically modified).

“Soybeans are high in phytic acid, an acid that is present in the bran or hulls of all seeds. Phytic acid is also termed the “anti nutrient” because it can block the uptake of essential minerals – calcium, magnesium, copper, iron and especially zinc – in the intestinal tract. The soybean has one of the highest phytate levels of any grain or legume that has been studied and therefore puts you in risk of a mineral deficiency. Furthermore, soy foods contain trypsin inhibitors that inhibit protein digestion and affect pancreatic function … Last but not least, there is the concern of soy’s phytoestrogen (isoflavones) content. Soy isoflavones are phyto-endocrine disrupters, meaning they mimic the body’s naturally occurring hormone functions. This is the biggest concern because soy has the ability to disrupt normal hormone balance.”

Ignore All the Hype About Soy

Soy is the perhaps the single most hyped food product on the market today. In fact, it is specifically targeted by the food industry to vegetarians and vegans, backed by giants like Monsanto, the world’s leading manufacturer of toxic pesticides and GMO foods. So now, soy has become a commodity grown and sold throughout the world. However, some governments have recognized that GMO’s are bad for our health as well as for the environment. Countries like France, Germany, the U.K., and even China have limited or banned the use of GMO’s! still, soy has become an integral part of the vegetarian/Vegan diet despite its phony claims and alleged health benefits. 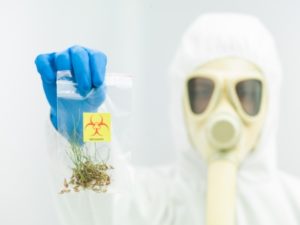 The truth about soy is that modern American soy was never actually healthy at all — and today’s GMO soy is much worse. It shouldn’t even be recognized as a food — most insects won’t even eat it! GMO foods are made by getting a virus or bacteria to attack a cell thereby artificially inserting an artificial gene. The DNA is designed to force the seed to grow into a new form of a plant,like soy.

A number of studies over the past decade have shown that GMO foods pose serious health risks to humans, domesticated animals, wildlife and the environment. Health effects can include increased toxicity, allergic reactions, antibiotic resistance, immune-suppression and even cancer. Environmentally, the use of genetic engineering is leading to out-of-control biological pollution that actually is threatening real and even organic plants with contamination or extinction.

Last but not least, the phytoestrogen in soy “mimics” the body’s naturally occurring hormones (such as estrogen) disrupting normal hormone balance. A phytoestrogen called genistein in soy can interfere with normal hormone production and inhibit the uptake of iodine by the body. The thyroid gland is also disrupted by soy, affecting things like heart rate, blood pressure, body temperature and metabolic rate. In studies , genistein has also caused a decline in fertility, ovulatory dysfunction and irregular menstrual cycles.

Other consequences of an unbalanced hormone system can be prostate and breast cancer, early puberty, endometriosis and infertility, irregular and painful menstrual periods, handle bar and stomach weight gain, acne, and depression. Remember, also, that soy is not the only estrogenic food. Dairy, meat products, plastics and even personal care products also contain estrogen-like substances.

Soy is an big part of Asian culture, but this soy is very different than the commercial and GMO junk sold in the U.S. You see, soy products in Asia are usually “cultured,” like tempeh or miso. Cultured soy has a very different nutritional profile than raw soy because the phytic acid is broken down. Also, the most common use for soy in the U.S. is to make soy protein isolate and textured vegetable protein — the basis for almost all the processed and packaged foods today that are are loaded with MSG (monosodium glutimate), a potent neurotoxin.

Also, Asians use soy foods only in very small amounts as a condiment, not a replacement for animal foods. Traditional consumption of soy in Asia is only about 2 teaspoons daily. For vegetarians and vegans in the U.S., soy can become the basis for whole meals, not to mention snacks and drinks.

Monsanto & Friends likes to claim that soy  helps prevent cancer but that is only true for traditionally fermented soybean products. The real truth about soy is that the isoflavones in GMO-based, non-fermented soy are altered and have NO anti-carcinogenic effects at all.

Soy is the most heavily marketed product that directly targets vegetarians and vegans in America today. Plus, it’s backed by the largest industrial food companies in the world. These companies are all tied to big agrochemical firms like Monsanto, the world’s leading company for pesticides and GMO foods. So today the sad truth about soy today is that it is not a health food at all, if it ever was …  and definitely not in the U.S.

What Mainstream Media Isn’t Telling You About GMO Foods!