RawFoodLife, LLC
Home Food Is the Fear of Guns a Distraction from a Much Bigger Problem...

Anti-gun advocates base their beliefs on the simplistic fact that guns can potentially kill people. But wait — the processed, toxic junk food we are all addicted to causes TEN TIMES more death in America than guns! In the U.S., guns are used 80 times more often to protect a life than to take one – about 2,500,000 defensive gun uses per year versus only 30,000 crimes with guns! And in 92% of those cases a gun is just displayed and never actually fired. The Standard American Diet is actually more dangerous to your health than a gun! 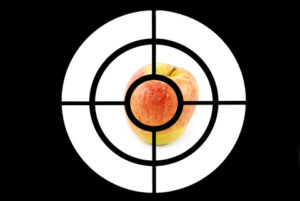 Now, I’m not promoting guns — they’re just a dramatic example to bring this to your attention. I am, however, promoting raw, vegan nutrition and health! You see, people who eat cooked, processed foods are not just more likely to get cancer or diabetes some day, they’re also much more prone to violence. According to the Centers for Disease Control and Prevention (CDC), poor diet, obesity and physical inactivity causes hundreds of thousands of deaths in the U.S. every year. Guns, on the other hand, are only responsible for a few thousand — mostly suicides. So a poor diet is actually responsible for more problems than guns — from obesity and diabetes to cancer and heart disease.

So let’s forget about guns for the moment. For a healthy, vibrant life we should worry more about what the food industry is doing to you right now. In the U.S. alone, there are tens of thousands of deaths every year from junk food alone — not to mention everything else unhealthy about the Standard American Diet. Millions of people are dying right in front of our eyes today from the toxic ingredients in things that, sadly, we love to eat, from synthetic hormones and refined sugars to trans fats, preservatives, GMO’s — and so much more. 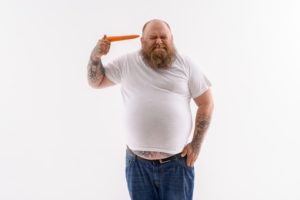 Of course, when a firearm makes it into the news, it’s usually some heart-wrenching story designed to elicit an emotional response. But when a carrot makes it into the news (if it ever does) it’s rarely due to the health benefits of fresh, raw organic foods. But people addicted to junk food would rather shoot themselves than change the Standard American Diet they love!

You see, a “slow death” from toxic, processed food takes decades to become obvious so gets little attention. You’ll see all kinds of news stories on your TV every day about obesity, diabetes, and heart disease, but they rarely make the connection to our toxic dietary habits. And nobody in the news ever talks about the contribution of fast food to the psychology of crime. The multinational corporate interests would rather have you worry more about guns than what is really killing you — their food!

Fast food is on every street corner in the U.S., but we should care much more about whether you have access to fresh, organic fruits and vegetables! Millions of people die every day from the health consequences of processed foods —  synthetic hormones, artificial sweeteners, refined sugar, trans fats, toxic chemicals, preservatives and GMO’s. Most things that pass as “produce” in teh Standard American Diet are actually genetically modified organisms (GMO’s), covered in pesticides and herbicides or somehow shown to be unsafe for human consumption.

Meanwhile, sincere, caring organic farmers are under attack every day — sometimes even losing their family farms! Your government is passing new regulations daily for the Standard American Diet, which actually don’t affect GMO’s at all. These same regulations, on the other hand, can potentially put organic farmers out of business. It doesn’t make sense! Take a stand now on a raw, vegan, organic diet — and then perhaps we won’t need any guns!

* Based on Kleck & Gertz studies of millions of defensive gun uses per year most of which don’t involve actually firing a gun. A similar study in 1994 under President Clinton found this number to be 1.5 million.

Guide to Natural Kitchen Tools & Why You Need Them!