RawFoodLife, LLC
Home Food Raw Food & Liberty – The Battle for Control of What You... 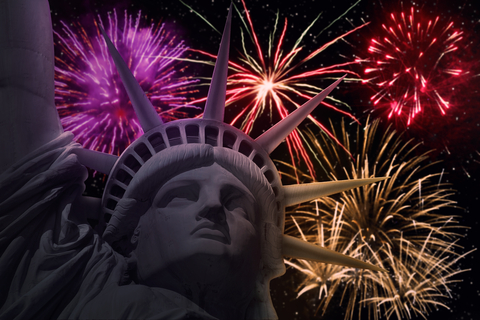 Raw Food & Liberty: The legal battle to control what you eat … and think! 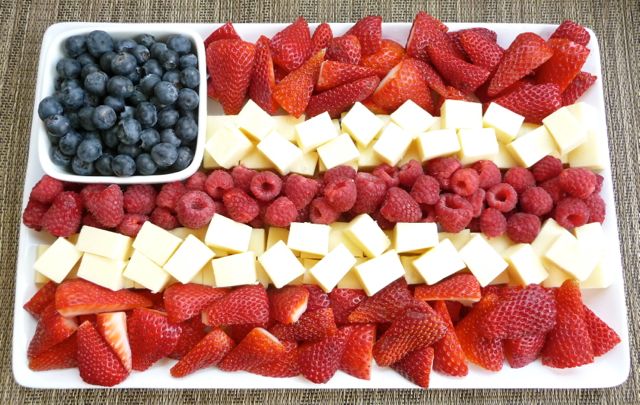 On the the 4th of July in America we remember one of the world’s greatest struggles for true freedom and liberty. The thing to remember at this special time is that our founding fathers sacrificed their wealth and often their lives for what we called “natural rights.” Natural rights only came into existence, for the first time in human history, when our American forefathers were willing to fight to the death to claim them.

Before we fought for our liberty,  the entire world at best enjoyed only “civil rights,” or rights granted to them by the government or king, i.e., a privilege. The Colonies, which became America, started with a King, who gave us a lot of freedom to express ourselves as long as we behaved according to his rules. But the King didn’t honor his deal with his subjects in America. So after years of making all the appropriate legal arguments under international law, our Founders went to war to claim and defend our “natural rights.” The Founders hoped that this victory would be handed down to their posterity, essentially saying, “here are your rights — keep them if you can.”

Thomas Jefferson famously said that when we stated, “the tree of Liberty needs to be replenished occasionally with the blood of tyrants and patriots.” We must be willing to fight to protect our natural rights!

The Color of Law

If you are into health and nutrition this is very important to understand. Under “color of law,” which means that it looks like law but really isn’t, we may actually lose our access to real, organic, healthy food! Instead of real food we may find ourselves left with just “the color of food.”  These food-like products may look like food but have little useful nutrition. Even worse, they’re often very toxic , loaded with foreign DNA (GMO’s) and bad for our health. 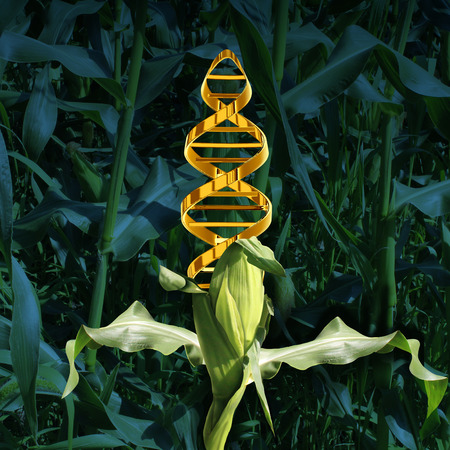 Genetically modified (GMO) foods are losing ground in most countries today. but many politicians are still financed by Monsanto & Friends and pushing for more and more control of their market. They want to protect their GMO technology while created new technologies that may even replace GMOs some day with things like nanotechnology. At the same time they are pushing to get control of vitamins, natural herbs and supplements. They even want to make vaccines mandatory — even though the evidence is clear that many vaccines are both ineffective and contain toxins known to cause serious health problems like autism or Alzheimer’s.

Genetically-modified organisms (GMOs) are created in laboratories by inserting genes from one species into the DNA sequence of another to create new life forms designed for agricultural purposes (survive more pesticides, grow faster grow in depleted soil, etc.).

Nanotechnology is used to create new foods by breaking matter down into microscopic nanoparticles programmed for specific tasks (mimicking the flavor and texture of familiar foods, etc.).

While these two genetic manipulation technologies have been around in laboratories for decades, they have never been proven to be safe for either people or the environment.

If we do not take a stand for raw food & liberty now, organic food could effectively be gone forever — or priced out of the range of average consumers. Without fresh, non-GMO, organic food you cannot be truly healthy!  Period!

And that is their real goal! You see, they cannot control a healthy, awake and aware population that takes responsibility for itself — and that’s YOU!

Our system of “education” could teach this understanding to everyone in high school, but we somehow miraculously manage to ignore it. Meanwhile, the food pyramid charts use din most schools are provided as a “public service” to our schools by the diary industry!

The first legal concept is that “silence is an admission of acceptance or guilt.”  Second, “if you do not defend your rights they are deemed to have been waived.”

In other words, if you let them get away with all this nonsense then you have agreed to it, even if through ignorance. You see, legally ignorance is no excuse since it is your responsibility to educate yourself about your rights if you actually want them.

A basic understanding of law and legal principles should be part of every high school education. Conspicuously, it is absent. Schools are not  required to teach your kids anything at all about the law or your rights. But legally it is your responsibility to learn about your right and teach them to your kids — if you want to keep them. Kind of screwed up if you ask me, but this is called Personal Responsibility and the only one that can be responsible is YOU. 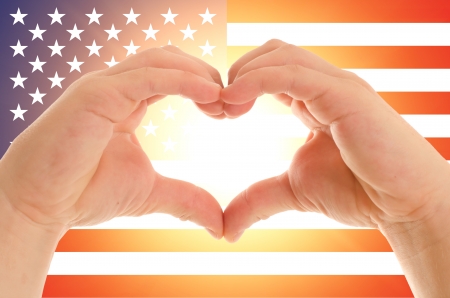 You must actually WANT freedom in order to be truly free! You do NOT get your human, God-given, natural rights merely because you exist, even though you are born with them, because if you don’t actually CHOOSE to learn about them and defend them you have essentially “volunteered” to give them up! That’s why every single printed document from the IRS reminds you that filing your taxes is a form of “Voluntary Compliance.” You can be sure that if the IRS wasn’t LEGALLY REQUIRED to use the word “voluntary,” they wouldn’t come anywhere near that word!

In the early 20th century education was considered so important that the very first thing that “socialists” did in those days was to co-opt the teaching profession. Today, almost all schools, universities and teachers are almost entirely “progressive,” i.e., socialist.  Today, these socialist-minded folks control almost everything you and your kids learn in our educational system, as well as the major media. They actually control what you think … unless you wrest control away from them and start thinking for yourself again. And it all starts with cleansing and purifying what you eat!

He who controls the definitions wins!

The first thing the socialist/progressive politicians did was take control over some essential legal definitions.  That’s the “double-speak” George Orwell tried to warn us about in his prophetic novel, 1984. In fact, “1984” already exists, particularly throughout the U.S. Statutes.

You see, a statute often redefines a word so that the legal meaning is exactly the opposite of what you think it means, or its “conversational” meaning! This control of definitions starts in public schools — where they also redefined the word “socialism,” so that now the word “democracy” means the same thing. Of course, America was never a democracy — it is a Constitutional Republic (very different legally).

In the medical field “they” routinely define imbalances caused by poor nutrition as “diseases,” actually giving them proprietary names and creating highly profitable new drugs to treat the relatively minor symptoms of their new diseases with side effects generally worse than the symptoms they are designed to treat. 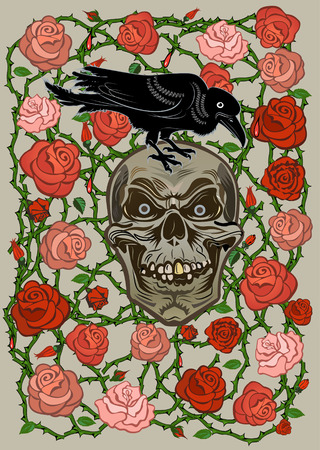 Death has now been redefined, too! Some drugs routinely list death as a “side effect!” In the same way, most Americans today have voluntarily agreed to waive their natural rights as an American or citizen of a State, choosing instead to become federal citizens, or “U.S. Persons,” inadvertently giving up any legal claim to their “constitutional rights” as citizens of a sovereign State.  Now these U.S. Citizens or Persons only have the “civil rights” granted to them by “civil” authorities like the Federal Government.

Briefly, here is a summary of what happened — the 14th Amendment created a new class of citizenship called “United States citizen” or “U.S. Person.” There are 3 legal definitions of the United United States — only one of which refers to the Federal government (Washington, DC and other federal territories), as well as several legal definitions for a “Person.”

We think a “person” is a human being, so it should be synonymous with “people.” However that is sadly wrong! It is case where the legal definition is different from the conversational meaning in a way purposely intended to confuse you.

You are actually NOT a “person,” i.e., a legal identity assigned to you but not referring at all to your actual humanity. That is why a corporation or a car can legally also be a legal “person.” “Person” is a “term of art” often used in statutes and regulations to make it look like they include you when in fact they do not.

So, a “U.S. Person” is subject to the jurisdiction of the federal government — not a State. And YOU are legally “presumed” to be a U.S. citizen or person. A “Citizen of the United States of America” (American Citizen), however, lives in one of the 50 sovereign States and has inalienable rights secured by their State and national constitutions. 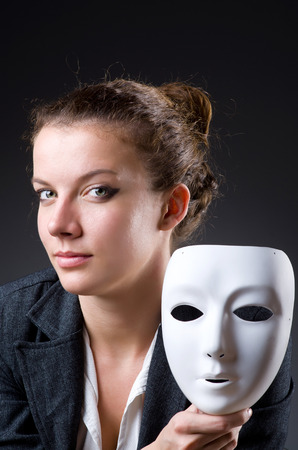 A “Person” is a legal fiction subject to the jurisdiction of the federal government. That is why you don’t even have to be a “human being” to be called a Person under the law. In fact,  corporations and other artificial entities are also legally called Persons. You see, the word “Person” is actually derived from the Latin word “persona” — originally meaning “mask.” In the ancient world, real people (actors) actually wore a mask to represent their character in the play. So the word originally referred to a character wearing a mask in a play. In time it came to mean any artificial person under law, like a corporation. Today, it also refers to the artificial, “corporate” identity under law that actually means YOU, but not the real YOU — your corporate “persona” or U.S Person. What you really want to be is a Citizen of the United State of America, but most people have waived that status voluntarily — without ever knowing it.

If you don’t realize that legal definitions are not the same as what words mean in an ordinary conversation, than it is easy to be fooled by the 14th Amendment, believing that “civil rights” are the same as your God-given natural rights. When you do that you have volunteered into Federal jurisdiction and now the Constitution of the United States legally no longer applies to you. You are a U.S. Person governed by federal statutes and regulations — not the Constitution.

Fortunately, We the People are starting to wake up and fight to restore our “natural rights” legally.  A big part of this for many people is choosing to enjoy a healthier, more conscious way of life! For those like me that starts with a live, raw food lifestyle.