RawFoodLife, LLC
Home Health A Vegan Diet Prevents Inflammation, the Cause of Many Diseases!

A vegan diet reduces inflammation which is the cause of many, if not most, of today’s “diseases of civilization!” However, a paragraph in the article below mentions some problems with a vegan diet, but these are quite easily resolved.

You see, today’s farms, even organic farms, can be deficient in soil bacteria and nutrients, so nutritional supplements are often recommended. Personally, I prefer green superfood supplement powders that I add to my raw smoothies every day — , as well as a good, vegan multivitamin.

Vegans can get all their iron from whole grain cereals, grains, legumes, prunes, raisins and green vegetables. For vegans to absorb enough iron it is recommended to take about 250 mg of vitamin C when you eat to increase  iron absorption.

Vegans who get enough vitamins and minerals from supplements or other healthy sources can easily enjoy optimum health.

From: The Townsend Letter of Alternative Medicine, June 2015

A vegan diet may protect against metabolic illnesses and inflammatory conditions to a greater degree than vegetarian diets, according to a 2014 review article conducted by Marian Glick-Bauer and Ming-Chin Yeh (CUNY School of Public Health, Hunter College, City University of New York). A strict vegan diet consists of whole grains, legumes, vegetables, and fruit. No animal-derived foods -fish, meat, dairy, eggs, or honey -are eaten. Several studies have shown that a vegetarian diet (devoid of meat and poultry) improves cardiometabolic risk factors and lowers the risk of cardiovascular diseases and some cancers when compared with an omnivore diet. The vegan diet appears to have even more health benefits.

Although studies involving vegans are still rare, an increasing number of people are choosing to follow a vegan diet for ethical and/or health reasons. A 2014 study involving Seventh-day Adventists (practitioners of a religion that advocates vegetarianism) found that people who followed a vegan diet had lower incidence of obesity, hypertension, type 2 diabetes, and cardiovascular mortality than those on · a lacto-ovo-vegetarian diet (Le and Sabate 2014). Other studies indicate that a vegan diet reduces inflammation in rheumatoid arthritis and lowers the risk of hypothyroid disease.

In their review, Glink-Bauer and Yeh suggest that the anti-inflammatory benefits of a vegan diet may stem, at least partially, from the resulting gut microbiota. Several studies have found a difference in gut flora when comparing meat eaters, vegetarians, and vegans. In one study, for example, Siovenjan vegans had a higher ratio of the bacterium Faecalibacterium prausnitzii in their guts (Matijasic et al. 2014). F. prausnitzii, an abundant butyrate producer, has anti-inflammatory effects. Glink-Bauer and Yeh comment that the gut bacteria which thrive on the abundant fiber content of plant-based diets produce more short-chain fatty acids (acetate, propionate, butyrate). These fatty acids act as signaling molecules that modulate inflammatory response. In addition to the effect on gut microbiota, a vegan diet contains more phytonutrients and antioxidants, avoids some common food allergens/intolerances (such as dairy and eggs), and contains fewer calories.

Despite the abundance of nutrients in plants, a long term strict vegan diet can result in deficiencies of nutrients found primarily in animal-derived foods such as vitamin B12. Access to vitamin 0, calcium, iron, zinc, and long chain omega-3 fatty acids may also be limited, according to Winston J. Craig. A long-term vegetarian diet has produced hyperhomocysteinemia, protein deficiency, anemia, decreased creatinine content in muscles, and menstrual disruption in physically active women, according to a 2013 Polish review article. Weston A. Price, DDS, found no traditional diet that consisted solely of plant foods in his world travels to compare the health effects of eating traditional whole foods with processed foods. He did, however, come upon groups that advocated vegetarian diets for ethical reasons: “In every instance where the groups involved had been long under this teaching, I found evidence of degeneration in the form of dental caries, and in the new generation in the form of abnormal dental arches to an extent very much higher than in the primitive groups who were not under this influence.” Price viewed oral health and structure as a window into the skeletal structure and overall health.

The health benefits of vegan and vegetarian diets may have more to do with their emphasis on nutrient-rich, whole-plant food and avoidance of refined starches, added sugar, and processed foods than on their avoidance of animal-derived foods. As Glick-Bauer and Yeh point out, the Mediterranean diet also improves metabolic conditions such as type 2 diabetes. They conclude, “Thus a patient’s personal taste and cultural traditions may need to dictate whether a vegan diet is the ideal choice for medical nutrition therapy.”

Vitamin B12 for Vegans — Watch Out for B12 Analogues! 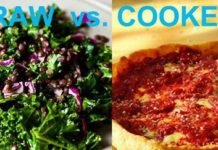