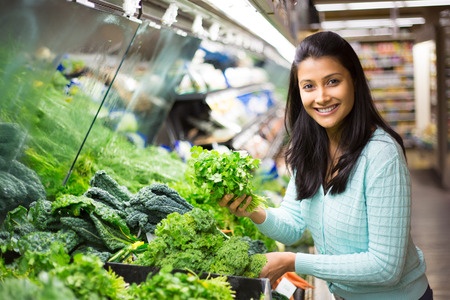 These studies show that vegetarians have more stamina than meat eaters. In one case, sedentary vegetarians had more stamina than athletic meat eaters! Though raw food wasn’t studied, common sense tells me that the higher nutrition content, living enzymes and lack of cooked food toxins make uncooked vegetarian food an even better choice for athletes than cooked vegetarian food. This is also my personal experience, that that of several friends, including raw athletes.

Tests have shown that vegetarian have twice the stamina of meat eaters. At Yale, Professor Irving Fisher designed a series of tests to compare the stamina and strength of meat-eaters against that of vegetarians. He selected men from three groups: meat-eating athletes, vegetarian athletes, and vegetarian sedentary subjects. Fisher reported the results of his study in the Yale Medical Journal 2.

“Of the three groups compared, … the flesh-eaters showed far less endurance than the abstainers (vegetarians), even when the latter were leading a sedentary life.”3

A comparable study was done by Dr. J. Ioteyko of the Academie de Medicine of Paris.4  Dr. Ioteyko compared the endurance of vegetarians and meat-eaters from all walks of life in a variety of tests.

In 1986, a Danish team of researchers tested a group of men on a variety of diets, using a stationary bicycle to measure their strength and endurance. The men were fed a mixed diet of meat and vegetables for a period of time, and then tested on the bicycle. The average time they could pedal before muscle failure was 114 minutes.

These same men later were fed a diet high in meat, milk and eggs for a similar period and then re-tested on the bicycles. On the high meat diet, their pedaling time before muscle failure dropped dramatically – to an average of only 57 minutes.

Later, these men were switched to a strictly vegetarian diet, composed of grains, vegetables and fruits, and then tested on the bicycles. The lack of animal products didn’t seem to hurt their performance – they peddled for an average of 167 minutes.5

Doctors in Belgium systematically compared the number of times vegetarians and meat-eaters could squeeze a grip-meter. The vegetarians won handily with an average of 69, whilst the meat-eaters averaged only 38. As in all other studies which have measured muscle recovery time, here, too, the vegetarians bounced back from fatigue far more rapidly than did meat eaters.6

Who Was Irving Fisher?
Irving Fisher was a famous and brilliant Yale economist at the turn of the last century.  However, like many brilliant people, he had a wide range of interests and was-known for his papers and books in many fields of interest, including diet and nutrition. His classic Yale study became re-popularized in 1968 after appearing in Nutrition Today (3:no.2,9-11, 1968). For information on Fisher’s many interests and publications, please see some of these other resources:

Robert Ross - January 9, 2013
0
Diet Affects pH at Cellular Level -- Mad Cow Disease is Caused by Acidic pH! As a raw foodist and vegan, I am not likely...

Robert Ross - February 23, 2009
0
Why some people hate vegetables and what can they do about it. In today’s fast-food society, it’s not  uncommon for people to have an...

Brian Paddock - August 18, 2017
0
How an Organic Almond Farmer Grows the Finest Almonds You can Get! Several months ago, Robert Ross of RawFoodLife.com invited me to create a series...