Acrylamide is a chemical compound with the chemical formula C₃H₅NO. Its IUPAC name is prop-2-enamide. It is a white odorless crystalline solid, soluble in water, ethanol, ether, and chloroform. – Wikipedia

06/01/05 — Headlines warned that a 1 oz. serving of potato chips exceed safety levels for a cancer-causing compound created by COOKING – called  acrylamide. Many common processed foods may now require a cancer warning under California’s anti-toxics law – Proposition 65.1
The original report from the Environmental Law

Foundation in Oakland, California, analyzed 12 brands of potato chips. One contained 6.5 parts per million acrylamide, 910 times more than the state’s unacceptable levels. The lowest acrylamide levels were still 38 times higher than what that the state considers acceptable.1

In 2002 (see the original ABC News story below), an attempt was made to require Burger King and McDonald’s to put warnings on French fries because of high levels of acrylamide. That case has been stayed pending a decision on the state’s health rules related to acrylamide.1

Cooking food quickly at high temperatures – the principle of the entire “fast food” industry – means more profits for the fast food companies. Unfortunately, that also puts customers at risk. Fast cooking at high temperatures of an amino acid, asparagine (in all foods) combined with the sugars in plant foods, results in the formation of acrylamide.2 Cooking with temperatures above 365 degrees Fahrenheit also produces this health hazard.2,3 Acrylamide can’t be detected in unheated and boiled foods, because the minimum temperature to create acrylamide is 120 degrees centigrade, 248 degree Fahrenheit. (boiling occurs at 100° C, 212° F) 2,3 (.

Potato chip manufacturers can reduce, not eliminate, acrylamide by using lower temperatures and lengthening cooking times. But even with less acrylamide, chips still can cause health problems due to excess calories, immune-system suppression from vegetable fats, and cellular damage caused by trans-fats.

Acrylamide is a white, crystalline, odorless substance used in a variety of industries.2 The most common uses are to purify drinking water and for sewage treatment – removing particulate matters by combining with solid impurities making them more easily filtered out of the water. Acrylamide is also used to make dyes, cosmetics, food packaging materials, soil-conditioning agents, plastics, and grouting agents. In each of these uses, some of the original acrylamide remains in the finished product. Also, acrylamide is a component of cigarette smoke.

Acrylamide is the result of heating foods containing sugars (carbohydrates) and protein. Because acrylamide formation can be the result of traditional cooking methods it is believed to have been present in cooked foods for thousands of years, and acrylamide levels in cooked organic foods would not be expected to be any different than levels in cooked foods that are not organic. So it is COOKING itself that is the problem. Acrylamide is only one of many toxins created by cooking mentioned in this web site.

The actual effect of acrylamide on human health, is still under investigation (see “Health Hazard…” on the right). Studies in animals are not considered completely conclusive for humans.9 Subtle effects on the developing nervous system of the fetus may be possible at even lower levels than studied.

Raw Food is the Answer

Cooking anything at all that contains proteins combined with sugar or carbs creates acrylamide – which includes almost all fruits and veggies – so being a vegan or vegetarian doesn’t protect you! Only eating these foods raw is a sue way to avoid this hazard,

You may notice in the chart on the right that cooking meat produces no acrylamide – after all, meat has no sugars or carbs, just proteins and fats. But cooking meat creates many other nasty, cancer-causing substances including heterocyclic amines, N-nitroso compounds (nitrosamines) and polycyclic aromatic hydrocarbons (benzopyrene).10,11

So raw food again tops the list for good health and disease prevention. Studies have shown for decades that eating plenty of fruits and veggies prevents all kinds of dis-ease. But they never list “cooking” in those studies as one of the variables – a huge oversight. However, common sense tells us that if the antioxidants, vitamins and minerals in fruits and veggies that help prevent dis-ease are largely destroyed by cooking, then the preventative effect is strongest when eating them raw.

The most important thing to know when avoiding acrylamides is to limit  snacks, especially starchy foods that you buy at the store. Even if organic, they’re made in a factory with high heat and high pressure. Boiling starchy foods, decreasing cooking time and drying foods in a dehydrator whenever possible can also decrease acrylamide in some foods (7).  Here are some more tips for minimizing acrylamides in your diet as suggested by the American Cancer Society:

From ABC News, 6/25/02 — The World Health Organization began a three-day emergency meeting in Geneva today to evaluate the recent discovery that certain popular starchy foods, from potato chips to bread, contain a chemical that can cause cancer.

New research suggests that you may have one more reason to avoid deep-fried foods. Never before has the agency assembled so many experts, so quickly, to evaluate food safety. “This is not just another food scare. This is an issue where we find a substance that could give cancer, in foods, and in significant amounts,” Jorgen Schlundt, head of WHO’s Food Safety Program, told ABCNEWS’ John McKenzie.

The alarms were triggered in April with the announcement that scientists in Sweden had tested more than 100 food items and discovered that potato and cereal products that were fried, oven-baked and deep-fried may contain high levels of acrylamide, a chemical used to make plastics and dyes that has caused cancer in animals.

“It did come as a surprise because it has not been considered as a normal process that you would get acrylamide out of food,” said Schlundt. Researchers say it’s all about heat. The higher the cooking temperature, the greater the levels of acrylamide.

Bread was found to contain 50 micrograms of acrylamide. Cereals, cookies and crackers, and potato chips: 160, 410 and 1,200, respectively.

Too Soon to Worry?

Since the Swedish study, scientists in several other European countries have tested many of these popular foods with similar results. But here in the United States, many researchers warn we don’t know enough about acrylamide to start worrying.

While acrylamide causes cancer in rats, there is no evidence it does the same in people. “We put all our reliance upon a rat strain to predict how we’re going to respond. Sometimes they do predict it well and many times they do not,” said Edward Calabrese, director of the Northeast Regional Environmental Public Health Center at the University of Massachusetts.

Some researchers point out that even if they prove acrylamide is a carcinogen in humans, they would then have to determine what level is dangerous.

“It’s going to take an awful lot of time and effort to tease out whether it has any carcinogenic effect on humans at the doses we’re getting,” said Stephen Sase of the department of veterinary physiology and pharmocology at Texas A&M University in College Station, Texas.

In the meantime, scientists at the World Health Organization meeting must decide whether they know enough about the risks to recommend changes in eating habits. Some researchers say if you needed yet another reason to pass on the potato chips, now you’ve got it.

How many vegans or vegetarians have scarfed down tons of potato chips thinking that they were preferable to meat! We all know people who don’t eat meat that still are not making healthy food choices – and are still cooking up a storm!

But even the seemingly “safe” potato chip is a killer! Packed with high levels of acrylamide, these convenience foods can damage the nervous system, impair fertility, harm genetic material, and induce the formation of tumors in experimental animals. Cancers of the thyroid gland, female breast tissues, male testicles, and mouth are most common.4 Because acrylamide causes cancer in laboratory animals in high doses, it is considered a potential human carcinogen.

The World Health Organization (WHO) estimates the lifelong (70 years) risk of cancer for people who consume 1 microgram/Kg a day is about 1 in 1000.7 A research group from Stockholm University and the National Food Administration (NFA) found one microgram of acrylamide in just half a gram of potato chips or two grams of french fries. Estimates are that people typically eat an average of 35-40 micrograms a day of acrylamide.8

As I raw foodist, I never have to worry about acrylamide. I don’t eat French fries, baked chips, and potato chips. I don’t drink coffee (roasted beans). I do, however, eat lots of fresh organic fruit – strawberries are my favorite. I also drink tea. I prefer organic green tea (steeped at 170 degrees F). Teas are dried at low temperatures and are not roasted.

So here is more sage advice you can get from any health-conscious person today, and even the folks at the American Heart Assoc. – eat 7-8 servings of fruits and vegetables daily. That is a lot of fruit and veggies. If you really follow that advice, of course eating them raw, then you can probably consider yourself a raw foodist.

The Case for the Raw Food Diet – Dallas Morning News

Robert Ross - August 24, 2017
0
If nutritional studies tested all the variables in their research, they would have to consider cooking to be a key variable. But they don’t do...

Robert Ross - October 9, 2017
0
https://www.youtube.com/watch?v=_xaaw7Nl2EQ&t=10s The Science & Philosophy of Raw Food Robert is the owner & creator of RawFoodLife.com, the #1 website on Google for Raw Food. In his... 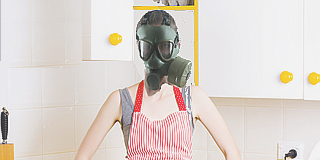 Toxic Soup – The Hidden Poisons in Your Cooked Food

Robert Ross - November 28, 2017
0
Cooking creates toxins in your food. Heat not only kills essential enzymes, it chemically changes healthy food into poisons that cause disease. This is one...