RawFoodLife, LLC
Home Food Compassion for All Sentient Beings – the Core of a Vegan Lifestyle. 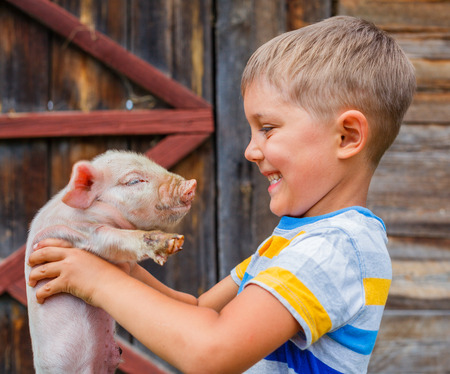 Choosing life over death and suffering. 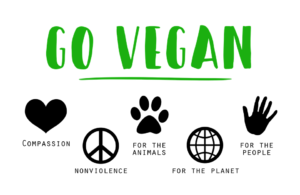 Ultimately, compassion for all sentient beings is at the core of the vegan lifestyle. It is, in the final analysis, a spiritual or ethical choice…not just a dietary one! As a result, many vegans I meet are somewhat radical about what they believe is the end goal — and have little tolerance for anyone that espouses anything short of stopping all consumption of animal products immediately.

Though this is highly laudable in my book, is a vegan lifestyle truly realistic for the average human being? Perhaps vegans should learn a little tolerance and include all the humans for whom immediate elimination of animal products may prove just a bit difficult, i.e., include THAT in our vision of compassion for ALL sentient beings!

Demanding that anyone who uses the word ‘vegan’ instantly stop eating all animals products is putting a huge burden on them, both emotionally & physically. I suspect, as a raw foodist and teacher of thousands, raw food author and web developer for well over 25 years, that most ordinary people, even vegetarians, would find that burden too inaccessible emotionally, let alone physically.

The Vegan Lifestyle Could Be a Process of Cleansing & Purifying over Time.

The human body actually adapts over the decades to the awful SAD diet (standard American diet) that is inflicted on most of us from birth! It can be extremely difficulty for  to adapt, especially at the cellular level, to eating a pure vegan diet. It can get so uncomfortable for some to make that shift that they give up after just a relatively short time — you can read many of their stories online noting how they have gone back to eating meat because the vegan lifestyle was making them ‘sick’ or just wasn’t “right” for them.

Of course, when people make a sudden transition to a full-on vegan diet its normal that they may experience an uncomfortable cleansing period. But instead of recognizing that this cleansing process takes time before they can fully enjoy all the benefits of veganism, they usually just give up. They say things like “veganism just isn’t right for me” or “my body type requires that I eat meat.” I really hate the whole body type argument because that whole theory just isn’t based on any actual scientific evidence at all…but it is extremely popular in the press and among lay people.

So how does “giving up” serve these folks, or the vegan community? Does it help them to be so insistent on the most radical, extreme definition of what a vegan is if it just drives aspiring vegans back to eating animals, the very animals vegans cherish? 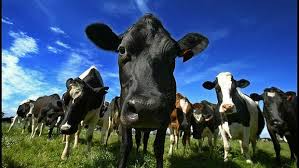 Sure, many vegans start out by recognizing an intense compassion for all living beings from the very beginning, and that drives their choices making a quick transition. But for most people in my experience, becoming vegan is a process of cleansing and purifying the body over time, enough time to make the adjustment at the CELLULAR level from a mostly anaerobic metabolism back to a healthy aerobic cellular metabolism — and that doesn’t happen overnight. It could actually take months if not years for some people to achieve. So insisting on an unobtainable, for them, definition only makes veganism seem less accessible.

Also, people that eat lots of processed foods and animal products, have tons of toxins built up in their brains which can actually block receptors for natural, healthy neurotransmitters. A sudden elimination of all animal products may prove difficult because the sudden loss of those toxins, which actually “mimic” healthy brain chemicals, can lead to many psychological issues. It can take weeks or months for the brain to adjust to vegan lifestyle and learn to replace those neurotransmitters with the real thing, which actually will feel much better if they can manage to hold out. If they can hold out during this assault on the brain, it will result finally in a greater clarity of conscious and understanding of the spiritual aspects of veganism. But the truth is many, if not most, will just give up because “veganism just isn’t right for me” or “my body type requires that I eat meat.”

In the beginning, in my experience, many people aspiring to a vegan lifestyle are doing it mostly for health reasons. But most vegans do it for political reasons…non-killing. Health is a secondary benefit for them. They’ll eventually get to a more spiritual understanding of vegan ideals if given the opportunity and not driven away by a dogmatic adherence to a definition of the end goal as the only goal!

Over time, the negative energies or vibrations built up in the body/mind from eating dead animal products will subside. There will arise, more and more, an understanding that what they are doing is more than just a diet. And it will become clear that ultimately the vegan lifestyle was always a spiritual choice … because the truth is that in our souls and hearts that is what we all want when our true feelings are not blocked by chemically-driven lifestyle choices. Because compassion for all living things is our true nature!

Of course, it is fine to acknowledge the longer vision is one of being a pure vegan! All vegans want to encourage that. But remember, when being compassionate for ALL sentient beings, it is just as important to be compassionate for your fellow humans just starting out on this journey.

You’ll need a source if vitamin B12

Vitamin B12 occurs naturally almost exclusively in animal foods, so you may want to stock up on a variety of B12-fortified foods and perhaps even a B12 supplement. B12 keeps the body’s nerve and blood cells healthy and helps make DNA, so deficiencies can lead to tiredness, weakness, constipation, loss of appetite, weight loss, nerve problems and even depression. To find out if you need to increase your intake of B12 ask your doctor for a simple blood test.

Brewer’s and nutritional yeasts often contain B12, but many do not they are fortified with it. But there are some drawbacks to relying just on B12-fortified nutritional yeast. First, don’t buy your nutritional yeast from bulk bins. B12 is also light sensitive. Careless handling by store employees can cause other problems. It is best to your yeast it in the refrigerator or freezer and out of the light.

Swapping out meat for white bread, pasta, and other packaged foods sets you up for failure. It’s a bad idea to swap animal products, which contain protein, vitamins, and minerals, for processed foods that provide little nutritional value. The result — hunger, weight gain and a bad mood.

Most soy grown in the US is genetically modified (GMO’s). The genetic modification is done to give soy resistance to chemicals like glyphosate and Roundup, which means your soy is loaded with toxic chemicals. GMO plants also contain genes from bacteria that produce a protein that has never been part of the human food supply. These GMO’s have been linked to an increase in allergies. Soy foods also contain anti-nutritional factors such as saponins, soyatoxin, phytates, protease inhibitors, oxalates, goitrogens and estrogens. Some of these factors interfere with the enzymes needed to digest proteins. Soy also contains hemagglutinin, which causes red blood cells to clump together unnaturally, and goitrogens, which block the synthesis of thyroid hormones and interfere with iodine metabolism in the thyroid.

On top of all that, soy also contains phytates that bind to metal ions preventing the absorption of minerals like calcium, magnesium, iron, and zinc — and is loaded with the isoflavones genistein and daidzein. Isoflavones are a type of phytoestrogen, which mimics and therefore can block uptake of real estrogen –which may cause infertility or breast cancer in women. In addition, soybeans are processed in aluminum tanks which can lead to high levels of aluminum.

Matthew Monarch - December 9, 2015
0
Dragon's Blood is one of my favorite products to use topically.  Clinical studies have shown that wounds heal 4 times faster when applied.  I...

A Diet Rich in Berries Protects Against Cancer, Heart Disease &...

Matthew Monarch - June 9, 2015
0
by Matthew Monarch, May, 2015 Proprietor, TheRawFoodWorld.com In this guest editorial, Matt shares what why fresh, delicious berries are one of the most beneficial foods...