If you ever wondered whether or not a vegan can get anything at a KFC, Burger King or McDonald’s the short answer is yes. You can usually get things like french fries, corn on the cob, green beans or salads. But to get at the real truth about fast food health hazards you have to look a little deeper.

Fast food profit margins require that they avoid as much food waste as they can. Of course, they’re infamous for having more waste than any other restaurant but they do what they can to minimize it. We’ve all seen pics of Big Macs and fries saved for several years that still look as fresh as the day they were purchased. That is because they are not real food. In fact, the real food ingredients in them are often hard to find. Chicken nuggets contain very little actual chicken, for example. And everything has to contain preservatives and other chemicals to give them a longer shelf life. That’s a prescription for fast food health hazards.

Well, there are actually a total of 17 ingredients in
McDonald’s French fries! Not just one or two (potatoes, salt).
In addition to real potatoes, you get all this:

For other vegan foods, its a bit safer but the same rules apply. The salad and veggies would start turning brown from oxidation if left alone for days in trucks and warehouses, so they coat the ingredients to seal them from exposure to air. That coating used to be sulfites but the FDA banned that.

Nowadays they use propylene glycol (used in your car’s antifreeze) to coat their “fresh” veggies for preventing oxidation … like a chemical form of plastic wrap. Apparently, people don’t like it when their “fresh” veggies are turning brown! The FDA says this is safe, but the truth is a far cry from that. There are all kinds of fast food health hazards associated with consuming this petroleum product.

Is Acrylamide in Your Food? 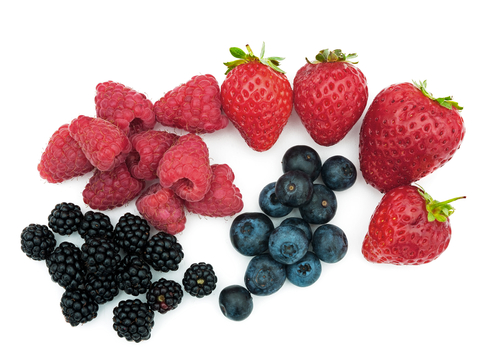 Acrylamide is a chemical used in industrial processes like making paper, dyes, and plastics, or for treating drinking water and wastewater. There are also small amounts in consumer products like caulk, food packaging, and some adhesives. It’s also in cigarette smoke. Acrylamide also forms in starchy foods during high-temperature cooking, such as frying, roasting, and baking. it’s probably been in those cooked foods forever, but this wasn’t known until scientists identified it 15 years ago. Now it is also known to be a possible carcinogen.

Acrylamide is not found in in raw, organic, fresh foods. It’s formed when starchy foods are cooked at high temperatures causing a chemical reaction between sugars and the amino acid asparagine. Frying, baking, broiling, or roasting are more likely to create acrylamide, while boiling, steaming, and microwaving appear less likely. Longer cooking times and cooking at higher temperatures increases the fast food health hazards even more.

Acrylamide is found mainly in plant foods including potato products, grain products, or coffee. French fries and potato chips have the highest levels of acrylamide, especially fast foods. It’s also found in products but not usually in dairy, meat, and fish products. Cooking food quickly at high temperatures — the main principle of the whole “fast food” industrial complex — means more profits for fast food companies but also puts consumers at risk. Fast cooking at high temperatures of an amino acid, asparagine (in all foods), combined with the sugars in plant foods, causes the formation of acrylamide. Potato chip manufacturers can reduce, not eliminate, acrylamide by using lower temperatures and lengthening cooking times. But even with less acrylamide, chips still have excessive calories, immune-system suppression from vegetable fats, and cellular damage caused by trans-fats.

Raw Food is the Ultimate Answer

Cooking anything at all that contains proteins combined with sugar or carbs creates acrylamide. — not to mention all sorts of other toxic chemicals and fast food health hazards. Sadly, this even includes fruits and veggies. So being a vegan or vegetarian doesn’t adequately protect you. Only eating these foods raw is a sure way to avoid this. Though many studies have shown that eating plenty of fruits and veggies prevents lots of disease, they never list “cooking” as one of the variables in those studies. This, of course, is a huge oversight. However, common sense tells us that if the antioxidants, vitamins and minerals in fruits and veggies that help prevent disease are mostly destroyed by cooking, then eating them raw is the ultimate answer. 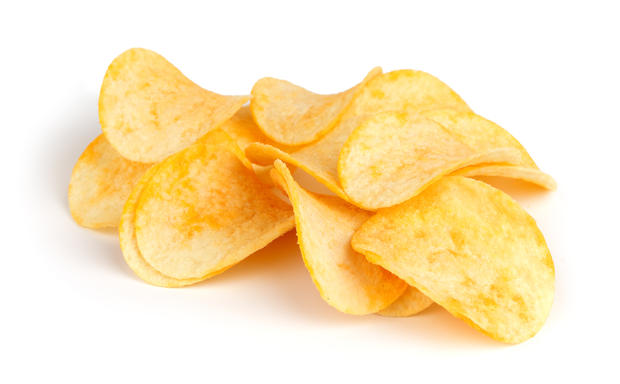 How many vegans or vegetarians have downed tons of potato chips thinking that they were preferable to meat! We all know people who don’t eat meat that still are not making healthy food choices – and are still cooking up a storm! But even the harmless-looking chip can be a killer. These foods can damage the nervous system, impair fertility, harm genetic material, and induce the formation of tumors in experimental animals. Cancers of the thyroid gland, female breast tissues, male testicles, and mouth are common.

As I raw foodist, I never have to worry about acrylamide. I don’t eat French fries, baked chips, and potato chips. I don’t drink coffee (roasted beans). I do, however, eat lots of fresh organic fruit.Strawberries are my favorite. I also drink tea. I prefer organic green tea (steeped at 170 °F). Teas are dried at low temperatures and are not roasted.

So here is more sage advice you can get from any health-conscious person today, and even the folks at the American Heart Assoc. – eat 7-8 servings of fruits and vegetables daily. That is a lot of fruit and veggies. If you really follow that advice, of course eating them raw, then you can probably consider yourself a raw foodist.

The Benefits of Raw Food – Robert’s Raw Food Videos in...

Robert Ross - March 30, 2010
0
Here are some raw food videos of talks I gave at the Soma Cafe in Florida about the benefits of a raw food lifestyle,... 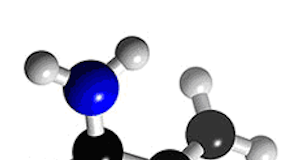 Robert Ross - January 1, 2006
0
More Reasons to Eat Raw Food! Acrylamide is a chemical compound with the chemical formula C₃H₅NO. Its IUPAC name is prop-2-enamide. It is a white... 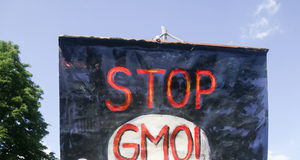