The truth is that we just don’t know enough about GMO food to say its safe to eat — or even for feeding to farm animals! After all, farming has been around for several thousand years — GMO’s about 20 years (that’s just “twenty,” not twenty thousand).

Even if the science on GMO food was unbiased instead of bought and paid for by Monsanto and friends, it just isn’t possible that they’ve tested all the possible genetic combinations on a big enough sample size or over a long enough time period to be able to accurately claim they’re harmless. And in fact, it appears they’re not!

On the contrary, lots of research now shows that GMO food and their associated fertilizers and pesticides (like glyphosate) are not safe for human consumption. Many more are coming out every year — while simultaneously flaws and deceptions in pro-GMO research are being exposed. It seems that pro-GMO research is more often than not bought and paid for by Monsanto and friends. 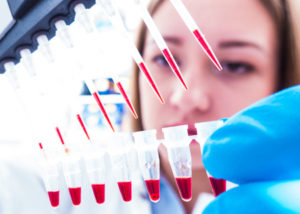 By slipping it into our food without our knowledge, without any indication that there are genetically modified organisms in our food, we are now unwittingly part of a massive experiment. The FDA [often run by former Monsanto executives -ed.] has said that genetically modified organisms are not much different from regular food…. The problem is this … biotechnology allows us to do is to take this organis, and move it horizontally into a totally unrelated species …. to switch genes from one to the other without regard to the biological constraints. It’s very very bad science.”  – Geneticist David Suzuki

Whenever someone says that GMOs are 100% safe they just have not done thorough research. In actuality, there is no reason for GMOs to be approved as safe for either people or animals. It’s really just a huge experiment that should have been confined to a sealed underground lab.

More importantly, we now realize that GMO’s actually cost farmers more than non-GMO or organic crops. We could easily feed the whole planet with organic, non-GMO crops for less than GMOs, especially when you consider the costs associated with the side effects of GMO farming — ruining the land for other crops, genetic drift destroying nearby farms, genetic abnormalities in farm animals and much more.

These studies have had a lot of controversy after the original article was initially published by Collective Evolution. However, the points they make are often very technical or picking at minor discrepancies rather than looking at the bigger picture. But my main points are still the most valid — that GMO food has never been adequately tested to prove they are  safe for people, animals or the environment — nor has anyone been able to justify their increased costs for farmers over non-GMOs and organic food. These facts are still the overwhelming truths!

Research from Canada has found pesticides associated with GMOs in women’s blood. They also found Monsanto’s Bt toxin. The study is from the Journal Reproductive Toxicology in 2011. You can read the FULL study here.

“Given the potential toxicity of these environmental pollutants and the fragility of the fetus, more studies are needed, particularly those using the placental transfer approach. Thus, our present results will provide baseline data for future studies exploring a new area of research relating to nutrition, toxicology and reproduction in women. Today, obstetric-gynecological disorders that are associated with environmental chemicals are not known.” (1)

2. DNA From GMO Crops Can Be Transferred to Humans

A study in the Public Library of Science (PLOS) shows that DNA fragments from food carry complete genes that get in your circulatory system through an unknown mechanism.(2) The study was based on analysis of over 1,000 human samples from 4 independent studies. This still doesn’t mean that GMOs can enter our cells but it’s definitely a possibility. PLOS is an open access, well respected peer-reviewed scientific journal.

“Our bloodstream is considered to be an environment well separated from the outside world and the digestive tract. According to the standard paradigm large macromolecules consumed with food cannot pass directly to the circulatory system. During digestion proteins and DNA are thought to be degraded into small constituents, amino acids and nucleic acids, respectively, and then absorbed by a complex active process and distributed to various parts of the body through the circulation system. Here, based on the analysis of over 1,000 human samples from four independent studies, we report evidence that meal-derived DNA fragments which are large enough to carry complete genes can avoid degradation and through an unknown mechanism enter the human circulation system.” (2)

This study is from the Institute for Responsible Technology (IRT), and uses data from the U.S. Dept. of Agriculture and Environmental Protection Agency, as well as several medical journal reviews and other independent research. (3)(4) The authors relate GMOs to five conditions that may trigger or exacerbate gluten disorders including Celiac Disease. The Institute for Responsible technology is a worldwide leader GMO foods education on health, the environment, agriculture and more.

In a significant study that was later retracted, researchers examined the effects of GMOs treated with Monsanto Roundup herbicide. This was strange because the journal was a well known peer reviewed scientific journal. Just to get this published in the first place it had to go through a rigorous scientific review. But, it looked very bad for the big agrochemical companies like Monsanto so …

NOTE: hundreds of scientists around the world have condemned the retraction of this study. The correlation between GMOs and tumors found in the study can’t be denied.  Something happened. Read the commentary from the original researchers here.

A study in the US National Library of Medicine (4) and the journal Food and Chemical Toxicology showed glyphosate’s potential to be an endocrine disruptor. Endocrine disruptors can interfere with the hormone system in mammals causing developmental disorders, birth defects and cancer tumors. Researchers found that Monsanto roundup is  an “xenoestrogen” — a foreign estrogen that mimics real estrogen. — causing an increased risk of various cancers, early onset of puberty, thyroid issues, infertility and more. (6)

Glyphosate exerted proliferative effects only in human hormone-dependent breast cancer. We found that glyphosate exhibited a weaker estrogenic activity than estradiol. Furthermore, this study demonstrated the additive estrogenic effects of glyphosate and genisein which implied that the use of contaminated soybean products as dietary supplements may pose a risk of breast cancer because of their potential additive estrogenicity. (6)

Our examination of the evidence leads us to the conclusion that the current approval of glyphosate and Roundup is deeply flawed and unreliable. In this report, we examine the industry studies and regulatory documents that led to the approval of glyphosate. We show that industry and regulators knew as long ago as the 1980s and 1990s that glyphosate causes malformation – but that this information was not made public. We demonstrate how EU regulators reasoned their way from clear evidence of glyphosate’s teratogenicity in industry’s own studies to a conclusion that minimized these findings in the EU Commission’s final review report (7)

Another study published by the American Chemical Society, from the university of Buenos Aires, Argentina also showed that Glyphosate can cause abnormalities:

When you consume glyphosate you are altering your body’s biochemistry — because it’s completely unnatural! When your body absorbs Glyphosate it creates CYP enzymes that are responsible for detoxifying xenobiotics in the body — such as the chemicals found in pesticides, drugs and carcinogens. Glyphosate inhibits these critical CYP enzymes. So humans exposed to glyphosate do not have the necessary signalling of the neurotransmitter serotonin, associated with weight gain, depression and Alzheimer’s disease. (9)

Monsanto Roundup is an “xenoestrogen,” a “foreign estrogen” that is nothing at all like the real estrogen in your body. This can cause an increased risk of various cancers, early onset of puberty, thyroid issues, infertility and more.

A  German study concludes that Glyphosate in urine and animal tissues is a major concern even at low concentrations.

Environmentalists, veterinarians, medical doctors and scientists … have raised increasing alarms about the danger of glyphosate in the animal and human food chain as well as the environment. The fact that glyphosate has been found in animals and humans is of great concern. In search for the causes of serious diseases amongst entire herds of animals in northern Germany, especially cattle, glyphosate has repeatedly been detected in the urine, feces, milk and feed of the animals. Even more alarming, glyphosate was detected in the urine of the farmers.  (10)

A study published in the peer reviewed journal Organic Systems discusses the effects of a  GMO feed on pigs. (11) Scientists fed pigs a mix of GMO soy and corn for about 23 weeks The GMOs were associated with gastric and uterine abnormalities in pigs. Pigs eating GMOs also had a higher rate of severe stomach inflammation. Because people and pigs share a similar gastrointestinal tract, this is a major cause for concern.

The first guidelines to regulate GMO were created with ZERO attention to food safety. The Statement of Policy from the Food and Drug Administration that said GMOs were “generally recognized as safe” (GRAS), were created while guidelines in Europe said  safety evaluation should be based on “substantial equivalence,” However, since 2003 the EU agencies for food safety found that despite their guidelines, the risk assessment of GMOs have not been followed. (12) (15)  So, if anybody ever tells you that GMOs are completely safe, don’t believe them! We just don’t know enough about GMOs to be able to make such a definitive statement — while there is now a lot of evidence that says they’re not safe at all.

Learn How to Listen to Your Body: the Key to a...

The Many Health Benefits of Reishi Mushroom Oil

Matthew Monarch - April 15, 2016
0
The reishi mushroom fungus has been used in the Asia since prehistoric times.  The name reishi refers to one of several woody mushrooms, meaning... 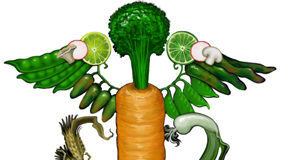 Robert Ross - January 1, 2001
0
Our Medical Disclaimer RawFoodLife.com does not give medical advice, diagnose diseases or suggest "treatments." We believe your body has the inner wisdom to naturally achieve...