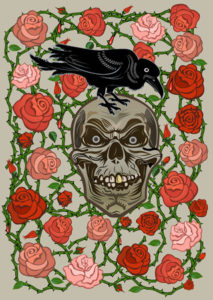 MonSatan is a parody name that I created for the Monsanto Corporation many years ago. Now it is used all across the web — and I think you can blame it on me! This parody caught on over the years because MonSatan invented genetically engineered organisms (GMO’s). They also managed to completely underestimated Mother Nature, contaminating farms with super-weeds that resist their toxic herbicides. In the history of Monsanto they promised to end world hunger. Instead, they sued innocent farmers for accidentally growing GMO’s when “genetic drift” contaminated non-GMO farms with wind-born GMO pollen.

Until recently, MonSatan always won these cases even though the contamination was always their fault. Today, MonSatan is losing ground more than ever, with the latest non-GMO and organic farming methods out-producing GMO’s. But MonSatan isn’t giving up. They’re constantly developing new technologies they claim will improve farming when all they really want to do is charge farmers for every seed! Here’s how Monsanto morphed into MonSatan — the world’s #1 purveyor of biotech chemicals and GMO crops.

1901: MonSatan began by making an artificial sweetener called saccharin (today called Sweet and Low), which has been controversial ever since. You see, saccharin is made from coal tar, which is 700 times sweeter than sugar, when a scientist accidentally noticed it was sweet. Saccharin is made by combining anthranilic acid with nitrous acid, sulfur dioxide, chlorine and ammonia. Yummy!

1907: The USDA decides saccharin violates the Pure Food and Drug Act but President Theodore Roosevelt liked saccharin in his coffee so stops them.

1911: The USDA bans saccharin except for medical use.

1914: World War I begins, causing shortages in sugar so saccharin restrictions are lifted.

1964–69: MonSatan starts making Agent Orange, a toxic herbicide used by the U.S. in Vietnam War. One of the main ingredients is a chemical called 2,4-D — even more toxic than MonSatan’s Roundup. Today, Monsanto is once again planning to market 2,4-D because there are so many super-weeds resistant to Roundup and glyphosate. 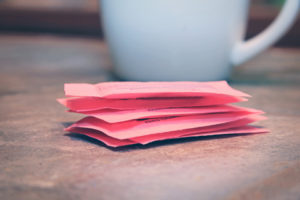 1972: The FDA tries to ban saccharin but all they did was add warning labels. Decades later they removed the warning labels and by 2010 saccharin was removed from almost every list of carcinogens, despite studies that clearly show a significant increase in bladder cancer from the artificial sweetener.

1974: MonSatan introduces Roundup herbicide, one of the most widely used herbicides in the world.

1982: MonSatan’s scientists create the first genetically modified (GMO) plant — and today over 90% of the most commonly grown commercial crops are GMO’s.

1983: A study called, “A Chronic Feeding Study of Glyphosate (Roundup Technical) in Mice” looked bad for glyphosate, one of MonSatan’s most profitable agricultural chemicals. So they tried to convince regulators that the study made glyphosate look OK. However, it seems to me that the study says glyphosate is a powerful carcinogen! In the study, mice exposed to glyphosate developed serious tumors — with absolutely no tumors at all in the control group. An EPA toxicologist said “glyphosate is oncogenic, producing renal tubule adenomas, a rare tumor…” The EPA scientists signed a consensus review in 1985 that said glyphosate was,”possibly carcinogenic to humans.” MonSatan ignored them.

1984: Vietnam veterans win $180 million from for Agent Orange but the company doesn’t admit any liability. The Vietnamese Ministry of Foreign Affairs claims that the the America exposed almost 5 million people to Agent Orange causing hundreds of thousands of deaths, disfigurements and birth defects. 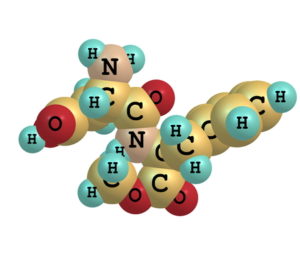 1985: MonSatan purchases the maker of the NutraSweet, an artificial sweetener also called aspartame. This is known to cause depression and headaches as well as oxidative stress in the brain. Aspartame break down into methanol which converts into formaldehyde creating many of the underlying health problems with aspartame.

1994: Monsanto begins commercial production of BST (bovine somatotropin), a synthetic hormone for dairy cows. BST (or rBGH) is a genetically engineered hormone designed to force cows produce more milk. BST has been shown to adversely affect the health and welfare of dairy cattle, making them prone to mastitis and sores. BST milk also may cause breast cancer, colon cancer and prostate cancer in humans. It is banned in Europe.

1997: Two TV journalists making a documentary on the dangers of BST were fired by Fox TV under pressure from MonSatan.

1998: The Ecologist, an environmental journal, writes a special edition attacking MonSatan but the Ecologist’s printer destroys all the copies fearing a liable suit from MonSatan.

1998: MonSatan sells its chemical operations — and makes a big deal about their new commitment to biotechnology — to “help people lead longer, healthier lives … without continued environmental degradation.” The very next year they became the world’s biggest producer of genetically modified crops (GMO’s) which require many times the application of Roundup and glyphosate.

2008-2011: Saccharin is tied to a variety of allergic reactions including headaches, breathing issues, skin rashes and diarrhea. Nonetheless, it was still added to some infant formulas. In 2008 a study found “a significant increase of plasma insulin concentration was apparent after stimulation with saccharin,” after the participants merely rinsed their mouth with the sweetener.

2010: After a tragic earthquake, Haitian farmers actually refuse to accept GMO seeds donated by MonSatan, saying that MonSatan’s charity was, “a very strong attack on small agriculture, on farmers, on Creole seeds…and on what is left of our environment in Haiti.”

2012: A controversial study says Roundup and GMO corn cause tumors and organ damage in rats.

2013: President Obama signs the Monsanto Protection Act, forcing the USDA to approve GMO crops even if courts rule against them.

Hundreds of legal cases are still pending against MonSatan, claiming they have manipulated the science, manipulated the regulatory agencies and conned the public to hide and minimize the dangers of GMO crops and herbicides.

Non-GMO and Organic Crops — the Future of Real Food! 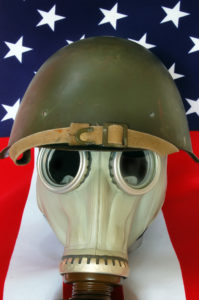 Today, non-GMO and organic crops are more important than ever before! The difference between healthy, natural crops and GMO’s is far, far greater than it used to be just a few years ago. GMO crops are genetically engineered specifically to survive many times the application of chemicals like MonSatan’s Roundup and glyphosate. Normal plants would just die from all those toxic chemicals. Why do they do this? Because MonSatan and Friends have been reaping huge profits from toxic chemicals and pesticides for well over 100 years — that’s always been their real business!

Making GMO crops so resistant to toxic chemicals that would kill conventional crops really only does one thing regardless of the  hype — it sells more pesticides and herbicides. Some of MonSatan’s most profitable chemicals were originally part of chemical weapons in World War II. Now they want to sell them again to stop the super-weeds that they created with their chemicals to begin with. The chemical 2,4-D has been linked to non-Hodgkin’s lymphoma, lowered sperm counts, liver disease, Parkinson’s disease and many other adverse effects, and is one of the largest sources of dioxins in our environment. Dioxins are highly toxic and build up in your body and the environment over time.

Monsanto’s real purpose for inventing GMO’s was to increase sales of their most profit able items — the chemical fertilizers and pesticides that GMO’s are dependent on. But Mother Nature had something to say else about this and created weeds resistant to MonSatan’s Roundup and glyphosate. So MonSatan just re-engineered their GMO crops so that they could now withstand 3 times the levels of Roundup and glyphosate as they did before…which clearly is only a temporary fix. Soon they’ll need to be six times more resistant to chemicals, and then — who knows!

Our dependence on MonSatan’s GMO crops is just what MonSatan was hoping for. But now that is actually destroying the genetic diversity of our farms. It is also destroying the soil which is now no longer truly alive (with living bacterial organisms that have a lot to do with a plant’s nutritional uptake). This is also creating the super weeds that MonSatan cannot easily kill, resulting in more Roundup and glyphosate spraying. This has gotten so out of hand that it can actually be more profitable today to be an organic farmer an NOT grow any GMO crops at all — which were supposed to produce higher yields and profits for farmers, though that’s not how things turned out!

What actually is happening today is that GMO’s are destroying both our health and, ultimately, our entire food-delivery system — in the name of profit for the companies that engineer GMO’s. They pull every trick in the book to fool you and the rest of the world into believing short-term, heavily biased studies and outright lies.

Organic and non-GMO food are now the last defenses we have against this insanity. Please make a commitment to eat only fresh, raw, organic or non-GMO whole foods. You’ll soon discover that it’s both cheaper and healthier to eat when you consider all the real costs and the health consequences of a toxic GMO diet.

Whatever You Think About Monsanto & Friends, it’s Worse — GMO’s are an Attack on Life Itself! 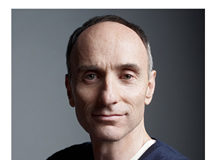 Robert Ross - January 2, 2012
0
As a raw foodist, you should be more concerned about how to avoid GMO foods (Genetically Modified Organisms) than anyone else. Being a raw... 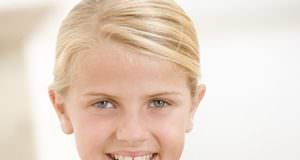 A Diet Rich in Berries Protects Against Cancer, Heart Disease &...

Matthew Monarch - June 9, 2015
0
by Matthew Monarch, May, 2015 Proprietor, TheRawFoodWorld.com In this guest editorial, Matt shares what why fresh, delicious berries are one of the most beneficial foods...